The 2011 Subaru WRX and WRX STI is one of the best of Subaru cars in the market. Either the sedan or hatchback type, performance has never been different. Being popular for years in the World Rally Championship, the Subaru WRX can absolutely compete for the top prize. 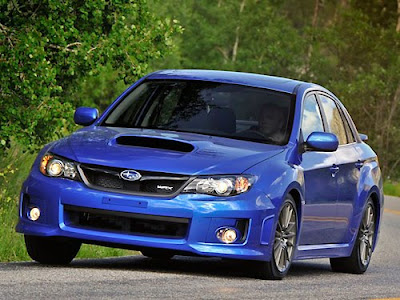 For 2011, the WRX has ditched the black robe for a string bikini, flaunting some serious haunches in the process. Meanwhile, the car's big brother – the WRX STI – has been fitted with a completely reworked suspension and an all-new four-door body style. 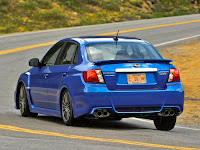 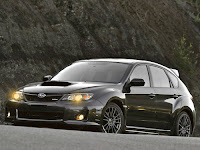 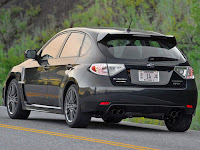 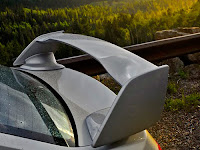 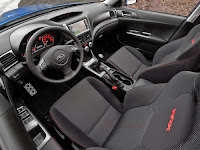 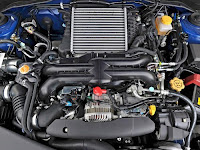 As anyone who managed to survive the rash of Pontiac "wider is better" ads of the mid ‘90s can tell you, throwing more than an inch into a car's girth can have a big impact on how the vehicle performs. "We managed to increase the track of the WRX by nearly 1.5 inches," says Martyn Harding, Impreza car line manager for Subaru North America. "That's huge." In reality, Subaru has spread the WRX by 1.3 inches compared to the 2010 model—a big number by anyone's count—thanks solely to the car's wild new bodywork. While the hatchback now wears the same cladding as last year's WRX STI, the look is most noticeable in four door trim, where the body is dominated by front fenders that are flared to body builder proportions and rear quarter panels that are built to match. There's even more than a hint of BMW M3 in the rear diffuser. Throw in a set of wheels that are wider by a full inch and suddenly the car is capable of laying down grip well past the engine's capability.
Like last year, the WRX gets its power from a turbocharged 2.5 liter four-cylinder engine with 265 horsepower and 244 lb-ft of torque. Mated to a five-speed manual transmission and an all-wheel drive system, the combination returns 19 mpg city and 25 mpg highway. Likewise, the WRX STI retains its old engine, though it produces a more muscular 305 horsepower and 290 lb-ft of torque. The engine is bolted to a six-speed manual gearbox and an adjustable all-wheel drive system, all of which is good for 17 mpg city and 23 mpg highway.
But the big news on the WRX STI front is what's under the car. Subaru has built in sway bars that are about 30 percent more rigid, stiffer springs (16 percent in the front and 55 percent in the rear), stiffer bushings and a lower ride height for 2011. The company has even moved to steel-ball type bushings where the front control arm meets the body for added rigidity, though it's surrounded by a rubber bushing to keep noise and vibration down.
Price of the WRX will cost you at around $25,495 for the four-door and five-door trims. While the WRX STI sedan is priced at $33,995 and the five-door will cost at $35,995.

I am a big fan of the Ferrari Enzo until I saw this recent news about it today!

Gemballa is producing a limited edition conversion of the Ferrari Enzo to be called the MIG-U1. Warp drive is optional. It's being made for the Ilyas and Mustafa Galadari Group of Dubai, for being the new Distributor for the Middle East. More details will be available after the "invitation only" launch in Dubai.

Here's some more pics of the 2010 Ferrari Enzo MIG-U1 by Gemballa:

As we begin 2010, it looks like the compact C-segment is shaping up to be one of the most highly competitve segments in the auto industry. The Honda Civic, Toyota Corolla, VW Golf and Jetta, along with the new Chevrolet Cruze are fighting for the hearts, minds and dollars of the masses. And then there's the Ford Focus.

Photo Credit: TopGear.com
This week in Detroit, Ford is unwrapping an all-new Focus for the 2012 model year. When the original Focus debuted internationally in 1998 and then in the U.S. a year later, it was more or less a common design. The U.S. version, however, suffered from a series of manufacturing issues and recalls within its first year of sales. Meanwhile, the overseas model got a full redesign in 2004, but Americans kept the MK1 Focus until three years ago when it got an unfortunately awkward re-skin. This time around the new Focus is truly global and adopts the latest evolution of Ford's European "Kinetic" design language. Judging by our first exposure to the 2012 Focus, every other contender in the segment may have a real problem to deal with next year. Learn more about the new Focus after the jump.

This outstanding car has the same transaxle layout and engine type which is based on the 599 GTB Fiorano, this prototype is an ultimate track car, the 2009 Ferrari 599XX. The 599XX is powered by a 700 horsepower at around 9,000 RPM redline and a faster shifting F1 gearbox. Characterized by a an innovative concept called the "High Performance Dynamic Concept", designed for a maximum performance.

The price for the 2009 Ferrari 599XX is not yet specified at this time.

The V12 Vantage's engine features an enhancement that includes a by-pass engine air intake port that opens at 5,500 RPM, an enhanced induction system and redesigned air inlet ports which improves the airflow in the combustion chamber that makes the car performance even better. Inside the V12 Vantage, the interior front structure has been thoroughly upgraded to the suspension towers to house the larger engine, twin air intake system and the brake cooling system.

The Aston Martin V12 Vantage is expected to start with the deliveries during the third quarter of 2009. Pricing hasn't been announced yet and production will be limited at around 300 to 500 samples a year.