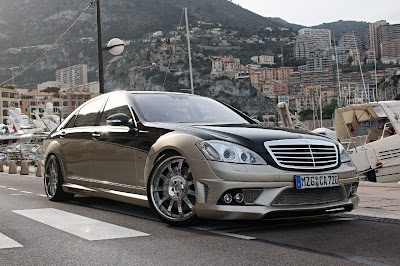 Have a quick glance in this new Carlsson Aigner CK65 RS Blanchimont which is based on the Mercedes-Benz S-Class. This is the second vehicle that has been built in cooperation with Etienne Leather, the first being the Aigner CK65 Eau Rouge that was spotted at the Frankfurt Motor Show last year. For the Blanchimont, Carlsson has installed enough items to use the car as a home office – custom leather upholstery, a Concert Hall infotainment system with surround sound, DVD system with three television monitors, hinged tables behind the front seats for laptops, and a wireless router that creates a personal hot spot inside the car. Oh yeah, the Blanchimont also features a 700-horsepower V12 and can reach 60 mph in under four seconds. Read more of the review HERE.

Here are the high-res pictures of the all new Carlsson Aigner CK65 RS from Front
Angle View to its high-end Interior. Click the pictures to see it's actual size.
at 8:50 AM 1 comment: 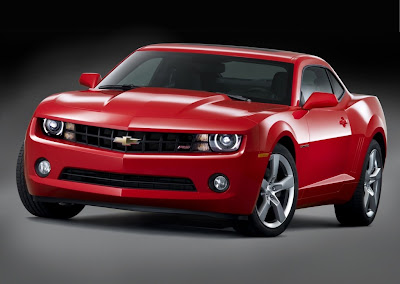 The First Generation of Chevrolet Camaro made by Chevrolet Motor Division of General Motors was launched in September 1966 for the 1967 model year. It was also designed as a rivalry to the Ford Mustang. Five generations have passed making this car leave a very remarkable name in automobile history. During the 2006 North American International Auto Show on January 9, 2006, the 5th Generation Camaro was released. The concept car is powered by a 400hp LS2 V8 engine and equipped with the T-56 six-speed manual transmission. 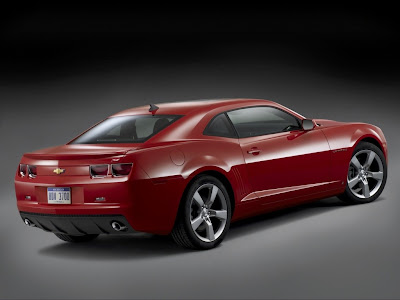 The 2010 Chevrolet Camaro with the tag line “fun, efficient sports car for the 21st century” was unveiled at the General Motors Design Center in Warren, MI. The designer of the Camaro Concept Coupe and the Camaro Convertible Concept, Sangyup Lee, had no idea the Chevrolet Camaro was so iconic. "I was kind of glad I didn't know how strong of an icon the Camaro was when I was first working on the project," he admits. This dramatically designed Camaro is gunning for it all with this all new model, it's main competitiors are the Dodge Challenger, Ford Mustang and the Nissan 350Z. 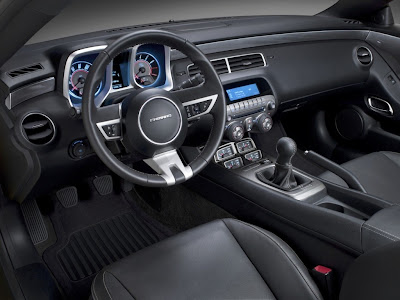 The transmissions available include the Hydra-Matic 6L50 six-speed auto for LS and LT trims and the Hyrda-Matic 6L80 for the SS - both autos have manual ‘tap-shift’ capability. Should you choose to row the cogs yourself, an Aysin-Warner AY6 six-speed manual is fitted in the LS and LT trims, with a Tremec TR6060 six-speed in the SS. 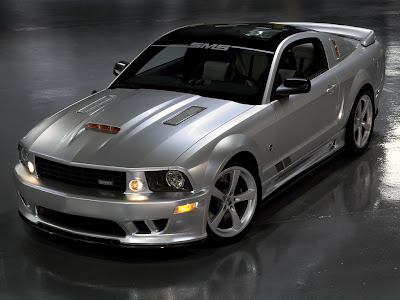 Another year has been added to one of the most outstanding cars around. Celebrating their twenty five years of brilliant automotive craft, Steve Saleen, an automotive icon together with his new company SMS have produced a very creative and exceptional festive vehicle, the 2008 SMS Twenty Fifth Anniversary Mustang Concept. 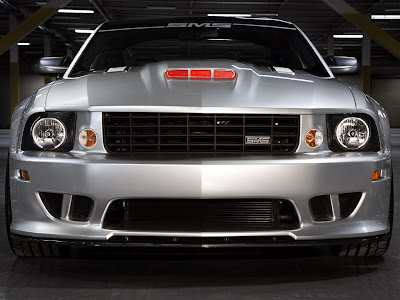 "In celebration of my 25 years in the niche manufacturing business I wanted to create a personal car for myself that appropriately marks this very special Anniversary," said Steve Saleen. "The functional aesthetic innovations that we have developed are truly exceptional in every way. Though this car is not going to be for sale, it nevertheless demonstrates the technological advances present at SMS." 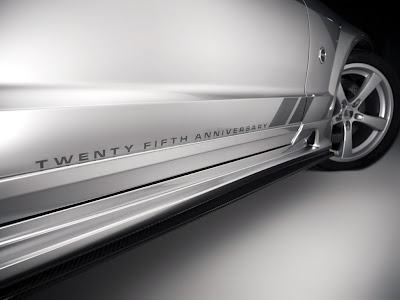 AmericanMuscle.com is your online retailer for everything Mustang, from Mustang Suspension to Decals to Mustang Apparel. 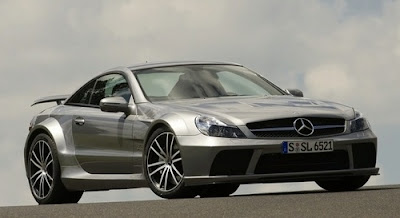 Mercedes Benz has unleashed the new 2009 Mercedes-Benz SL65 AMG Black Series as its most powerful road car to date. This 2009 Mercedes-Benz is equipped with a more powerful and paramount 6.0-liter twin-turbo V12 that delivers 661 bhp and 738 lb-ft of torque. A carbon fiber hood, fixed roof, fenders and trunk has reduced it weight by 550 pounds. It holds a larger turbochargers, a more rationalize inter-cooler and modified exhausts to boost power by 57 hp to 670 hp.

The SL65 AMG Black Series, to be priced at around $320,000, slots into the Mercedes-Benz lineup as an indirect substitute for the McLaren-built SLR coupe, which quietly discontinue production late last year upon the debut of the SLR roadster.

Stop by WheelHQ.com and add some Mercedes AMG Wheels to your Benz.

Having to be marketed by General Motors as “athletic” brand that specializes as a mainstream performing vehicle, the Pontiac. Another GXP lineup has been born, the Pontiac G6 GXP Sedan. 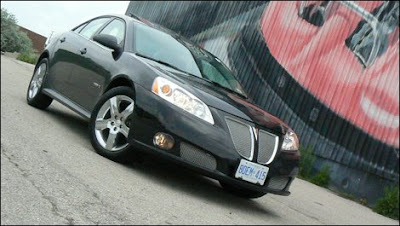